You may wonder who is crazy enough to spend their spare time on starting a think tank on geodata and related applications. It’s us, Marius Dupuis, Andreas Richter and Michael Scholz, three guys with long-term experience in collecting, conditioning and using geo-referenced data for various purposes, the most prominent among them being environment simulation solutions.

Here are our brief CVs:

Marius started his career as an aerospace engineer creating 3d environments for helicopter flight simulation. In 1996 he co-founded VIRES Simulationstechnologie GmbH and made it a leading full-scale provider of environment simulation solutions – including frameworks, traffic and sensor models, environment and scenario editors etc. – for active safety, ADAS and autonomous systems. In his 20+ years as general manager, core developer, marketing guy etc. Marius became proficient in addressing the challenges that simulation faces in many different settings. After leaving VIRES in 2020 he has been acting as independent consultant within the ADAS and autonomous driving domain. Marius is one of the initiators and original authors of the simulation data standards OpenDRIVE, OpenCRG and OpenSCENARIO; he was responsible for transferring these standards to ASAM e.V. He is also founder of SimCert.org, an initiative providing product and business guidance in the ADAS/AD simulation market.

Andreas joined the German Aerospace Center (DLR), Institute of Transportation Systems, Braunschweig, Germany, in 2007 as computer scientist and software developer with focus on 3d computer graphics and communication middleware for driving simulators and test vehicles. He managed projects such as “Virtual World” for automated generation of virtual urban environments and their corresponding logical road descriptions based on heterogeneous geodata as well as e.g. “Road2Simulation” for developing guidelines for a standardized surveying of road and surface. Andreas contributed a lot of findings in the development of the OpenDRIVE format and to international working groups. He received his PhD on integrated use of geodatabases in 2019. At DLR he led the Driving Simulator group and subsequently the Spatial Data Processing and Engineering team of the Institute. Since 2018 he worked at Volkswagen Group IT and recently joined Volkswagen Commercial Vehicles as Engineering Program Manager for Operational Design Domains in Wolfsburg, Germany.

Since 2012 Michael works at the Institute of Transportation Systems of the German Aerospace Center (DLR) in Braunschweig, Germany, as geoinformatics specialist with focus on automated processing of geodata and refinement of data for challenging use cases. Some time ago he teamed up with Andreas in order to boost the projects “Virtual World” and “Road2Simulation” and – with his contributions – earned the honorific title Open Data and Open Source Evangelist. One of Michael’s main motivations is to align the domains of driving simulation and intelligent vehicle systems closer with GIS by stimulating the interfacing of OGC standards within the field of automotive engineering. He is involved in the development of OpenDRIVE through ASAM e.V. and – in his other life – thinks that the world would be a better one with solely unpaved roads. 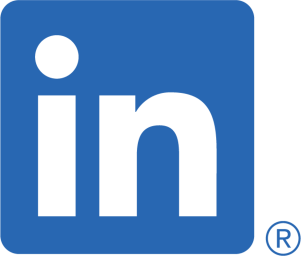